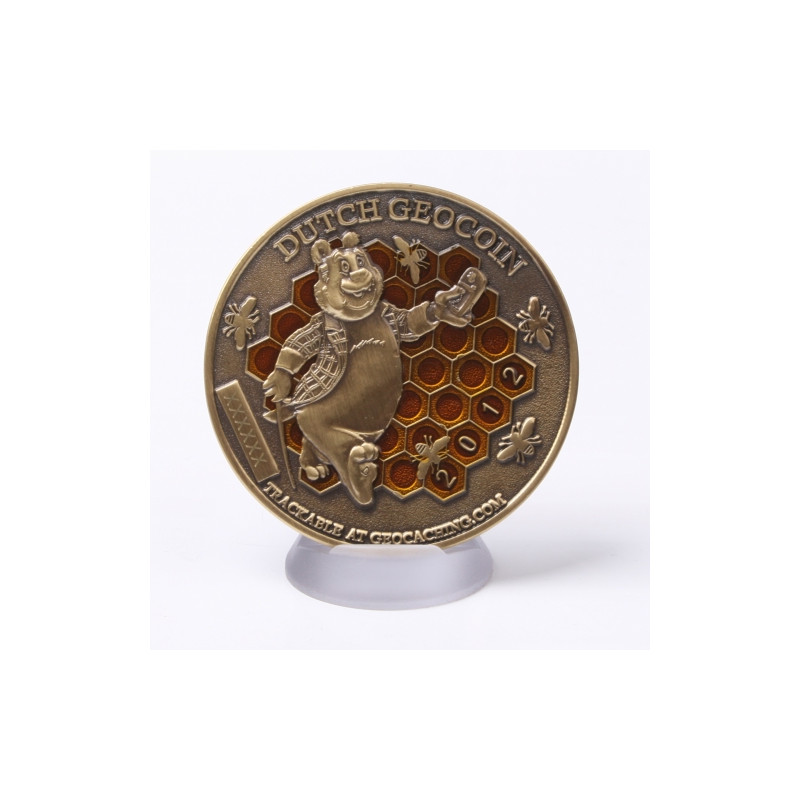 For the Dutch Geocoin 2012, there have been a design and a voting round earlier this year.

The chosen design contains Tom Poes and B. Bommel (because of the 100th birthday of Marten Toonder, the founding father) in combination with the Bee and Bever as 2012 is also the year of the bee ánd the bever.

The geocoin is trackable at geocaching.com and has its own icon